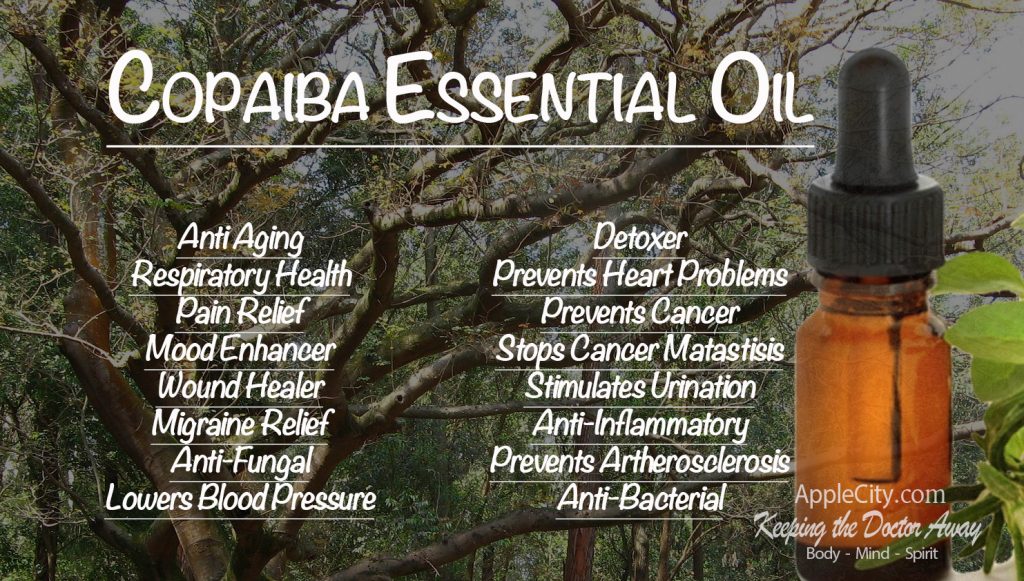 Copaiba (pronounced co-pie-EE-ba) essential oil is not particularly well known in North America and many other parts of the world. If you haven’t heard of it, that’s not surprising. You may be interested to know, though, that recent research reveals copaiba essential oil to be one of the most promising new anti-cancer essential oils.

This is mainly due to the fact that copaiba is one of the most powerful anti-inflammatory essential oils on the planet. Read on to discover some of the latest research on copaiba essential oil and ways to use it… so you’ll know exactly why you should include it in your anti-cancer arsenal!

Where Does Copaiba Essential Oil Come From?

Copaiba is derived from the sap or resin of a South American tree genus known as Copaifera officinalis, including Copaifera langsdorffii and Copaifera reticulata. The resin of the tree is harvested using a process similar to the way maple syrup and rubber are tapped. It is then gently steam distilled. Interestingly, copaiba is the only essential oil tapped directly from a tree in this manner.

Copaiba has quite a subtle aroma, reminiscent of cinnamon and honey, tinged with a hint of wood similar to a very diluted cedar.

Historical Use of Copaiba

The use of copaiba resin by the natives of South America and even the Mayans has been documented since the 16th century. Its use probably goes back much further. In Brazil, healers used it for healing sore throats, tonsil infections, bronchitis, and many other inflammatory disorders. Amazonian healers known as curanderos traditionally used copaiba resin for pain relief, for its anti-inflammatory benefits, and for wound healing. They also used it as an antiseptic for the urinary tract and for the treatment of cystitis and bladder infections. Copaiba was even used to treat gonorrhea.

Exciting Research into the Healing Properties of Copaiba Essential Oil

The research being done with copaiba essential oil is pretty exciting. Most of the studies done thus far attest to the aforementioned anti-inflammatory benefits of copaiba. Science is also discovering, however, that copaiba is a nerve protector and it has anti-proliferative and anti-tumoral properties, among just some of its many benefits.

One interesting study reported in 2012 found that not only was copaiba a potent anti-inflammatory, it also had neuroprotective properties. For those undergoing chemotherapy, copaiba may offer some protection to the nervous system and brain, which are often damaged by such drugs.

Copaiba has been noted to have anti-proliferative activity. This means that it can prevent the spread of cells, particularly malignant cells, into surrounding tissue. Research reported in December 2015 acknowledged that copaiba was indeed a potent anti-bacterial. But interestingly, the researchers also found it was able to kill MCF-7 breast cancer cells (these are estrogen receptor positive and progesterone receptor positive, infiltrating ductal carcinoma cells) better than doxorubicin (also known as Adriamycin or the “Red Devil”), a much-utilized chemotherapy drug for breast cancer.

An animal study released in July 2014 revealed that beta-caryophyllene significantly decreased pain. It had a long-term effect and no side effects, especially when used together with DHA (docosahexaenoic acid), a common fatty acid found in fish oils and flaxseed oil. Indeed, South American natives have been using copaiba for pain relief for centuries.

A study published in January 2016 showed that copaiba demonstrated antibacterial activity against Staphylococcus aureus (also known as Golden staph). This is one of the most difficult and drug-resistant bacteria, currently rife in hospitals. Researchers noted that “even low concentrations of Copaiba oil effectively inhibited Staphylococcus aureus growth, supporting its potential use as a promising adjuvant in compounded topical formulations for wound and scar healing.”

6 Ways to Use Copaiba Essential Oil

Make sure your copaiba essential oil comes from a trusted source. Many of the oils found in South America have been adulterated to make them cheaper. Be sure that the company you purchase from uses only the essential oil derived from copaiba oleoresin. Ensure that no chemicals or other potential toxins are allowed into the essential oil.

Never apply essential oils anywhere near eyes or ears. This oil can sometimes irritate the skin a little in sensitive individuals so do a patch test on your skin to see if any reactions occur. Be sure to dilute with an organic carrier oil (such as olive or coconut oil) if you do have a skin reaction.

It is highly recommended that you work with someone knowledgeable in the use of essential oils. Also, do not rely on any essential oil as a stand-alone treatment for cancer. But used in combination with other therapies, both conventional and natural, essential oils can play an important role in the healing process. 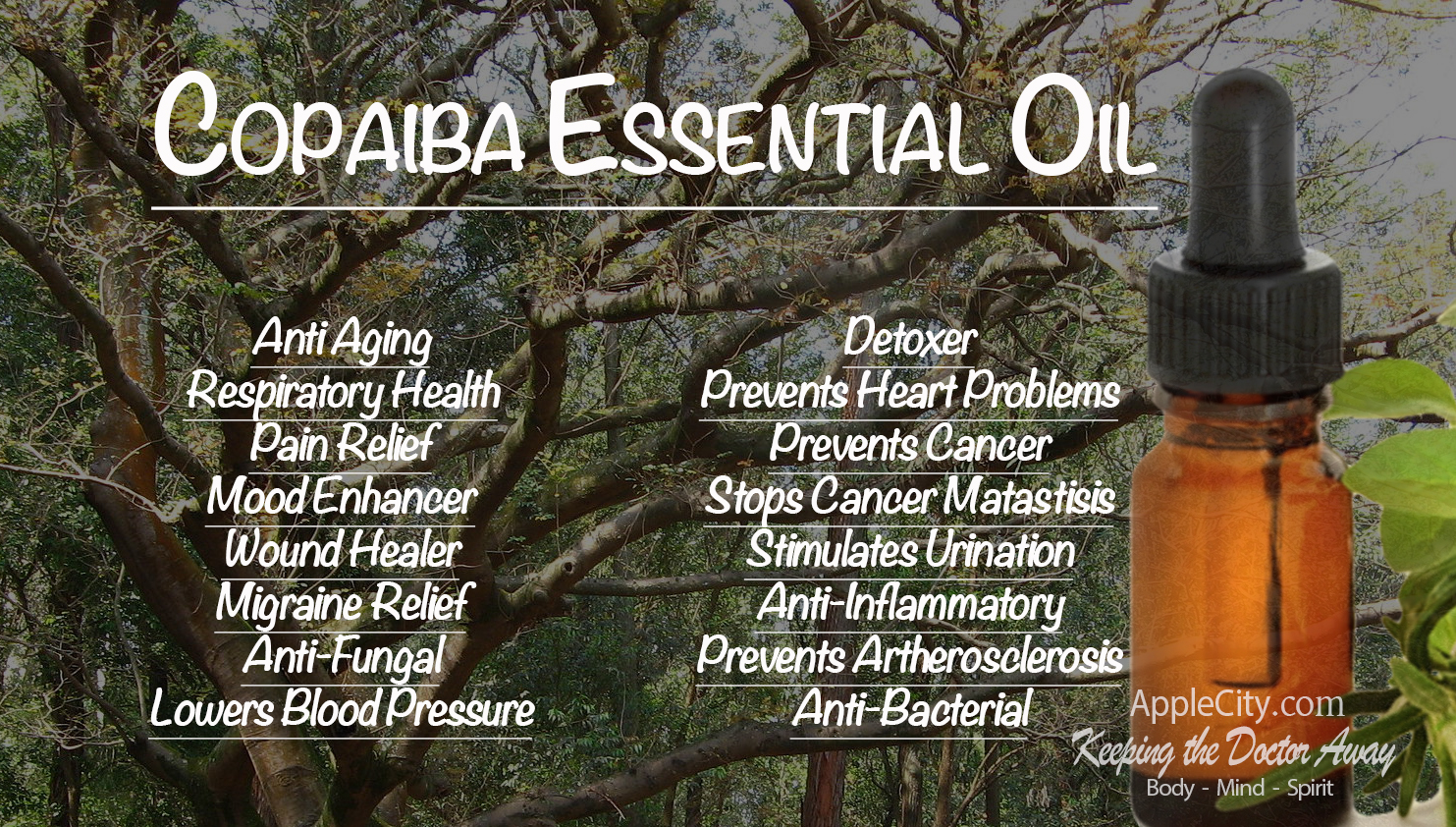